A Bill to protect part of the Kiwi tradition of a BYO during a day at the races passed its first reading in Parliament on Wednesday evening, National’s Racing spokesperson Ian McKelvie says.

“The Sale and Supply of Alcohol (Exemption for Race Meetings) Amendment Bill aims to remove one of the barriers contributing to a decline in race meeting attendance.

Local MP Ian McKelvie shares his report on the recent visit by his Party leader:  I enjoyed hosting National Party leader Christopher Luxon in the Rangitikei recently. We had organised a busy itinerary and managed to pack a fair bit in visiting Feilding, Rongotea and Palmerston North.

He was delivered to Parliament by the residents of Botany's sprawling leafy suburbs, but National Party leader Christopher Luxon has stopped by Manawatu to get familiar with the National Party's bread and butter farmers.

At the Feilding Sale Yards on Friday, the leader of the Opposition mingled among the crowd. 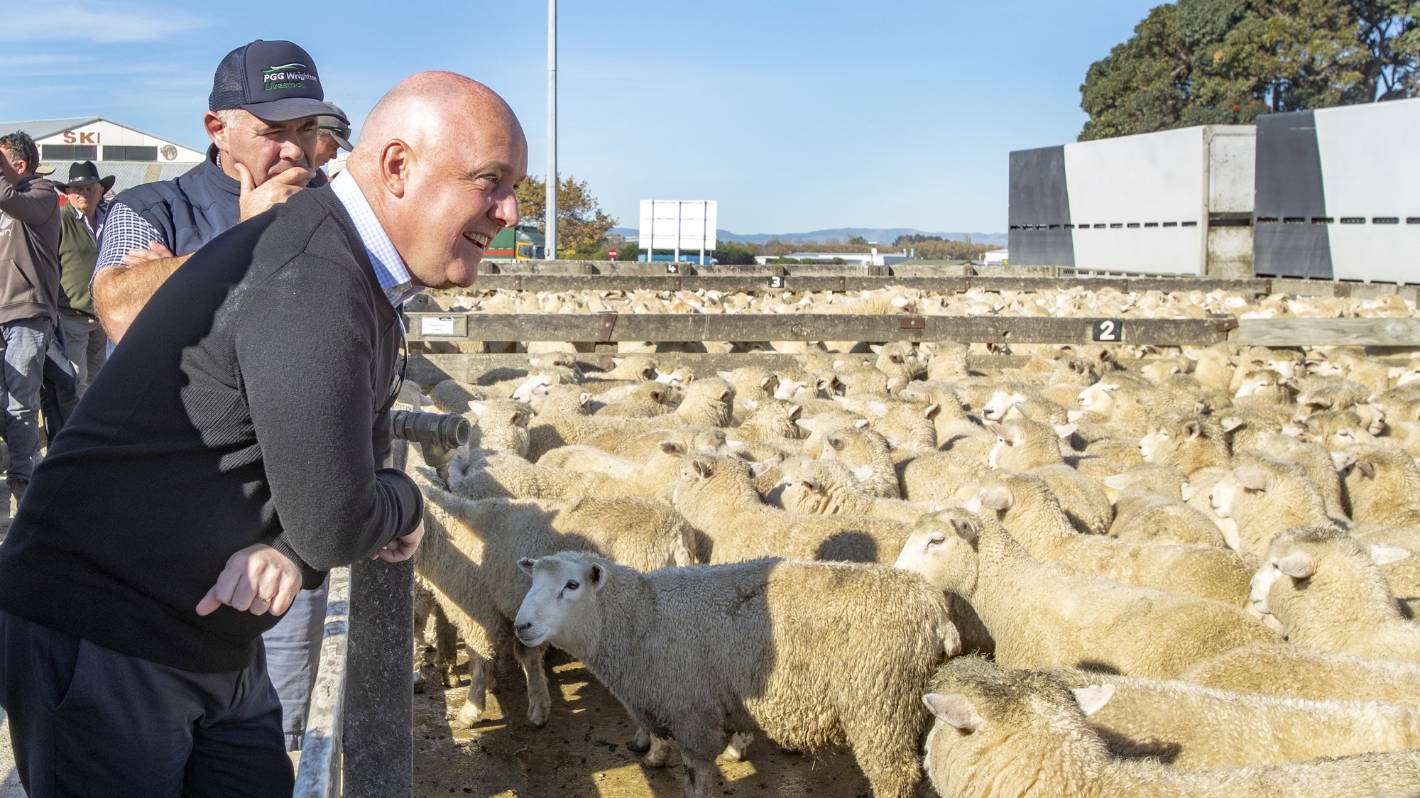 ANZAC day is a day we New Zealanders must never forget. On this day we commemorate the landing of New Zealand and Australian troops on the Gallipoli Peninsula on 25 April 1915, during the First World War. 107 years ago our country's sacrifice was so great and the ANZAC contribution so valiant our soldiers earned the respect of their allies and adversaries. The cove at which the ANZACs came ashore now bears their name. 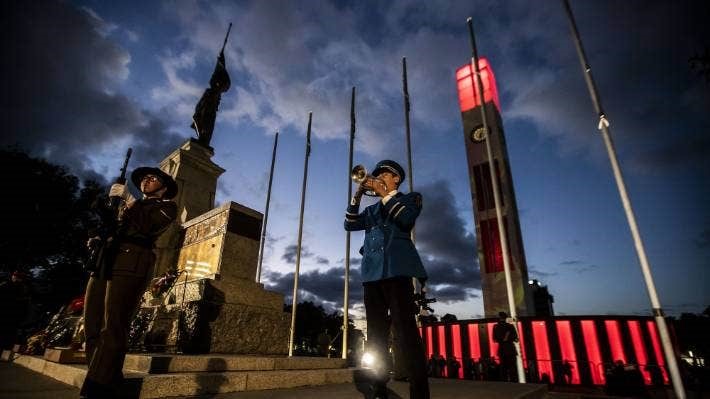 When I was a boy, Anzac Day was a very solemn occasion.

No shops were open and no sport was played.

I can remember watching a large, but dwindling contingent of World War I veterans and then a huge group of World War II men, all of whom marched proudly in the parades of the 1960s and 1970s.

This here is the monument to Bess – up near Flock House. Bess was one of more than 10,000 horses New Zealand sent overseas during the First World War. Yet, only one of four that made it back home. 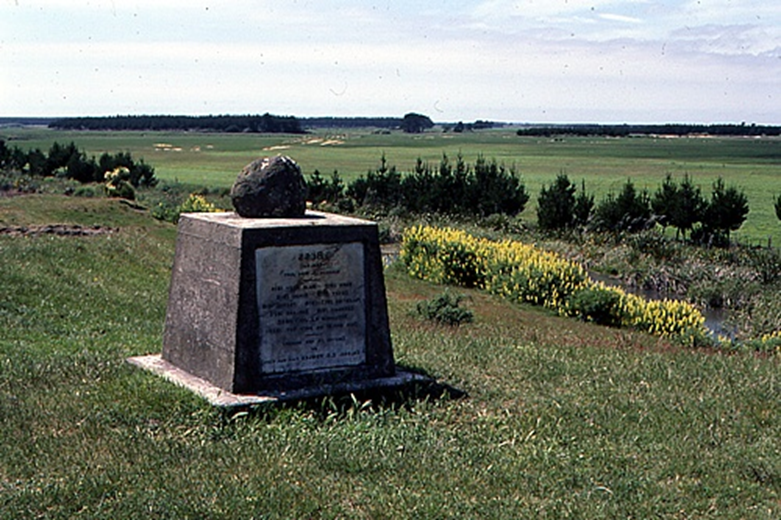 Ian McKelvie, MP for Rangitikei, which includes Ruapehu, takes a shot at cost of living and the current Government: Jacinda Ardern famously said in 2013, "Unemployment, housing and cost of living add up to people losing faith in government". 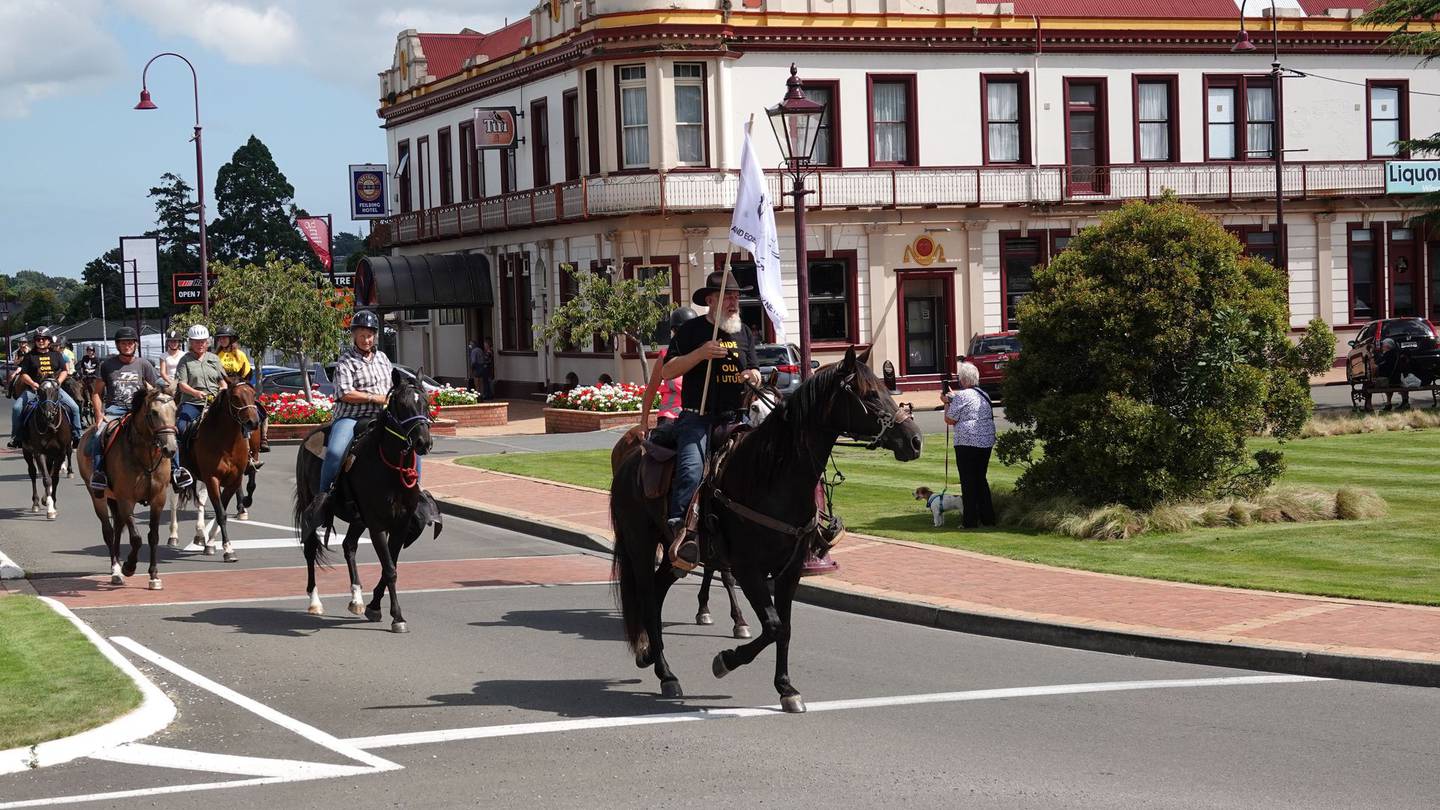 Shelly Warwick, Otaki Community board member and co-chair of New Zealand Equestrian Advocacy network (NZEAN) recently joined NZEAN members on the streets of Fielding to deliver on horseback a petition to Parliament. 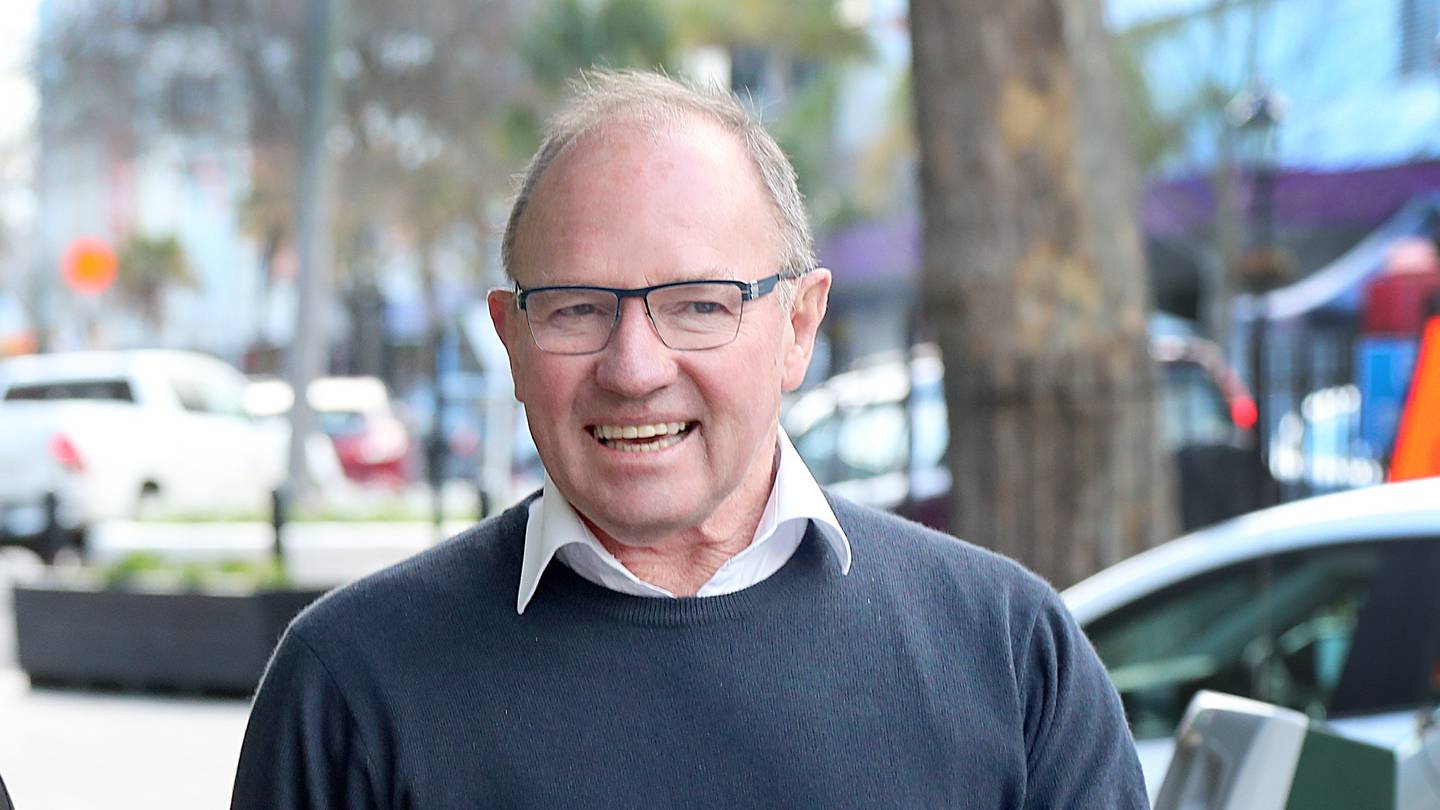 Ian McKelvie, local MP for Rangitikei and Ruapehu, talks about his new role at Parliament: The impact of Covid-19 on the Parliamentary process has provided an opportunity for a new temporary role for me.

The House is still sitting, though some MPs are now participating remotely to cut down infection risk. This meant there was a risk Parliament could potentially be short of people to fill the Speaker's chair. Long story short, I was privileged to be appointed as an assistant speaker.

Well we do live in unusual times and the activities in Parliament certainly reflect that as the Speaker insists on keeping us (MPs) and staff of Parliament in a type of Level 3.5 which only he could possibly explain the reasons for – but they will certainly be all about protecting his beloved Labour Party!